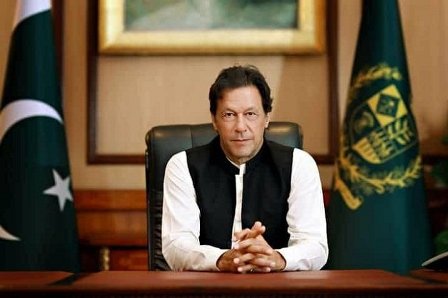 NF Bureau: In a shocking and weird development, the Pakistanis have started a movement, demanding Nobel Peace Prize for their PM Imran Khan, saying he has emerged as an epitome of peace and harmony.

The netizens in Pakistan joined the chorus by launching a hashtag #NobelPeacePrizeForImranKhan campaign and starting an online petition with the aim of collecting maximum online signatures from across the globe.

The development came in the wake of killing of 3 civilians in Kashmir in Pakistani firing. the deceased included a 5-year-old baby and a 9-month-old infant. Pakistan is yet to take any action on JeM chief Maulana Masood Azhar although Jaish had claimed responsibility for Pulwama terror attack.